Across her space of convolution,

Stands a entity full of revolution;

A Star that seeks to distantly reach,

But does so not, instead alone without speech.

Across it’s time of a thousand events,

It flares the worthiness of it’s extents;

Because no longer is it’s light atop.

Across their continuum of it’s time and her space,

A lonesome star in her dimensional grace;

But she veers on by with nothing but a graze.

Today i woke up with muscle pains all over, but pains that make you feel good you’ve got them. Why would pain be good? Well maybe because physical pain can often be a sign of accomplishment. The accomplishment i am talking about here is a simple cycling journey i did.

I woke up and thought to myself when i looked outside my window, that this day is looking grim and it is probably going to rain, so maybe i should just stay at home. Then for once, i told myself that when is it ever going to be a good time, and the truth is, hardly ever. So i got my things ready, took out my bicycle and gave it a good clean, tweak, greasing and re-pumping. The time was well into 3pm but i was determined. I got completely ready, music to my ears, and set off on my small journey. Journey of choice…Romford. A mere 8 miles away, or approximately 13 kilometres away if you like that sort of thing.

My journey began pretty well and sun was shining… well… pretty well. Then after a long journey i managed to reach my destination. The fun began when i decided to go back home, which was about 30 minutes after getting there. The rain began to pour down. But i expected it and nothing was going to ruin my ride. The music was complementing the rain pretty well and together it became harmony. After a minor injury and a stormy ride i eventually made it home drenched in salty water. And in the end it felt painfully great. I was determined to do this and i did it knowing it could never really be a right time for it. After all nothing we plan or wish for ever comes at the right time and in the end, we realise that the right time is when we make time.

So much time has passed and not a single post from me (sorry monkey). I guess i’ve been in one of those i don’t really know what to do yet i feel so busy kind of moments. With a scam, injured foot, 6 month long back pain, inner electric issues (for another time), a creative block and other general problems to deal with, it is definitely a great time of year. But it doesn’t mean let go and run or fall flat on your face and eat dirt (well…except mud pies…yummy!), it means that we are stronger than we know and can handle anything if we can get a grip on ourselves, a literal grip (excluding Darth Vader). It is tough we are all together in it. Where if one person feels lonely, another will somewhere across the world, and maybe another somewhere else. Therefore if we are alone…then we are alone together. Yes a paradox indeed! But then that means we are not alone. I wonder why X-Files came to mind there.

Anyway, yes for those that are reading my blogs, it’s early stages i know, so probably not many, i realized that to reach a wider range of people i have to do something i don’t really like…Facebook…Twitter. Two great mediums to access the worlds people. Would be much easier if it were one thing…like maybe…TwitFace…Yeah i like the sound of that; has a ring to it. But yes i was on Facebook for a very short time and didn’t really like it, but i guess i have a better reason to re-register. As for Twitter, i’ll see what it’s all about.

Facebook…a giant book of faces where anyone can read. Makes you wonder if the government have specialized Facebookers (or Facebookies as i like to say) that are paid to search through the vast population for information and the whereabouts of people. Good? Bad? Each has it’s equal and opposite i guess. One the one hand the Government and other organizations can track people who can caused some sort of terror in the world. However on the other hand our privacy is always in jeopardy. Of course i am sure that the creators of Facebook had a good enough reason without a bad thought as to its purpose. But then it is no so difficult. With TV’s having internet access, games consoles like the Nintendo 3DS and PSP Vita tracking your movement and for the PSP Vita even your virtual footprints. There isn’t really an escape. But i guess we can’t all hide in the shadows; we do indeed have lives to live. Maybe it be better we live our lives the way we wish to, yet keep these things in mind (Stay away from me Identity Theft!).

Well besides all that i will be on Facebook and Twitter and thus will have this blog linked to them. So by all means…Like…Tweet…and TWITFACE! 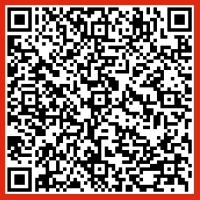